The NBA season is entering its home stretch with several questions still to be answered, but mainly: can the Golden State Warriors break (or at least equal) the record for most wins in a season (72)? Also, can the Raptors win 50 for the first time in franchise history? There's so much going on it's hard to believe that we still have the playoffs to look forward to as well. The thinking is, both conferences have two big possible showdowns: Toronto-Cleveland in the East, Golden State–San Antonio in the West. No matter what, you can be sure of three things: History will be written, legends will be made, and cars will bought. It has been a historically great season for both Stephen Curry and his Golden State Warriors. Not only are the defending champs winning 89.9% of their games, Curry himself is absolutely shattering the record for most three-pointers in a season. All in all it makes the Warriors the heavy favourite to repeat as NBA champions (although the real accomplishment would be a three-peat in 2017, or even a "four-peat" in 2018). In February his All-Star status got him a ticket back to Toronto, the city in which he spent a year as a young teen. What's more, he drives a Mercedes G-Wagen. This is a guy who's on top of the world. Three years ago, in 2012, Durant led the Oklahoma City Thunder to the NBA Finals, losing to LeBron James and the Miami Heat. Losing in the finals is a painful disappointment any pro athlete carries around for the rest of his life. Now, his consolations may be a Rookie of the Year Award, an MVP award, four NBA scoring titles, the 2012 Olympic Gold Medal, and this sweet, sweet Ferrari, but the sting of that 2012 loss could only be erased by another shot at the title. 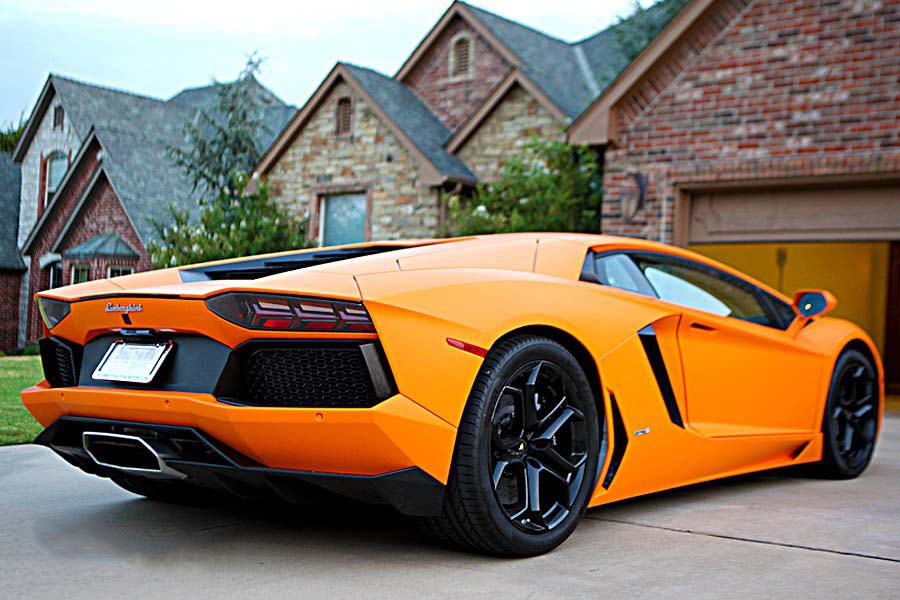 One challenge for a lot of NBA players when selecting their cars is room. Not many sports cars can comfortably accommodate a guy who's seven feet tall, without his legs poking out through the engine or his head popping out of the roof. Luckily, Westbrook is "only" six-foot-three, so it was no problem for him to indulge his passion for cars, including a sleek yellow Lamborghini. As for the playoffs, as a teammate of Durant's in OKC, he too knows the pain of falling just short of a title. Is this the year the Toronto Raptors finally make a deep run in the NBA playoffs? Anything less than a trip to the East finals will be viewed as a disappointment. To make that run, the team will rely on its all-star dynamic duo. As posted on Lowry's Twitter account, the pair recently teamed up to film a spot for Ford. (Previously, DeRozan has been photographed with a Mercedes G-Class as well.) 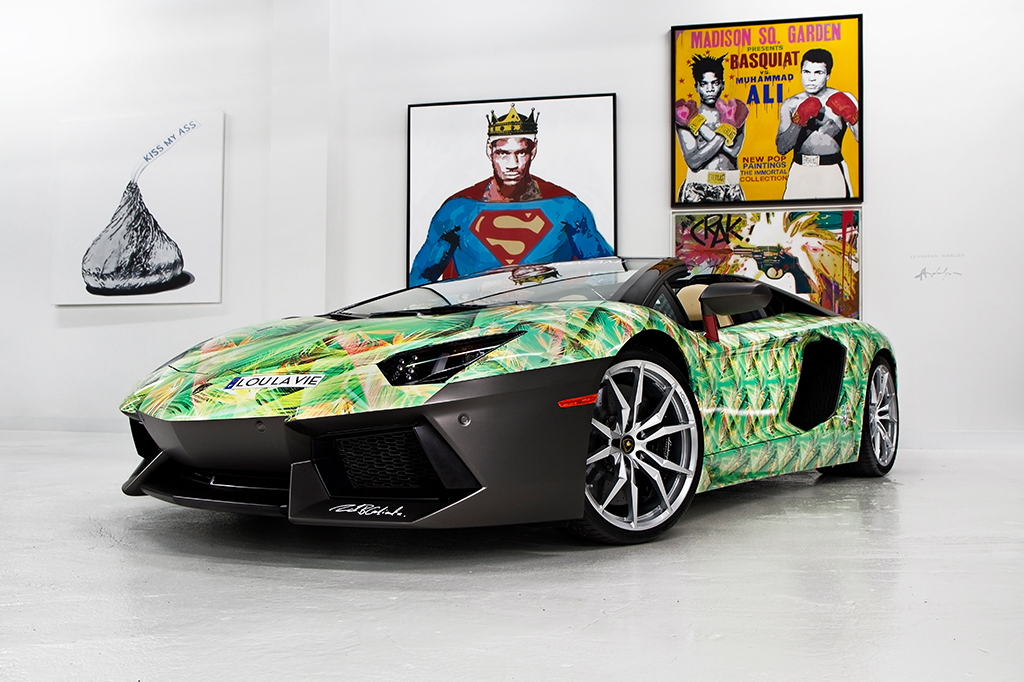 The Raptors main opponent in the East is Cleveland, and chances are good the two teams are headed for an epic showdown. The Cavs, of course, are led by a guy you may have heard of: LeBron James. Winner of two NBA championships with Miami, LeBron has a large car collection, which includes a Porsche, a Wrangler, a Camaro, a Charger and a Ferrari F430. Let's hope, for the Raptors' sake, that he keeps his mind on his cars this spring. 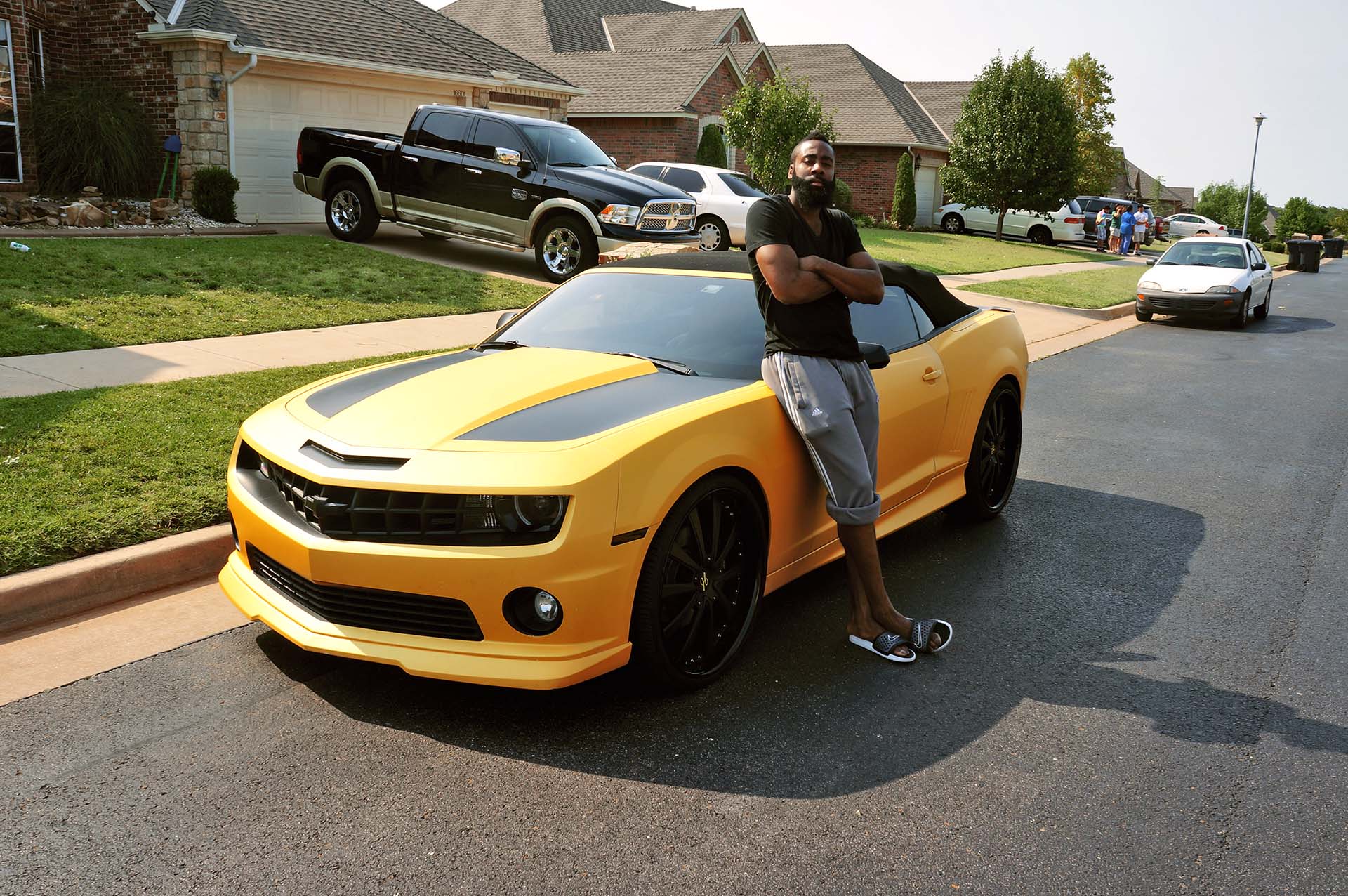 Instantly recognizable on the court, Houston All Star James Harden draws a lot of attention on the road as well. Among his cars are a Range Rover, a Mercedes Benz S550 and a bright yellow Chevy Camaro. That last is a convertible, for those wonderful spring days when you want to put the top down and feel the wind in your beard.

This is the "new" Isaiah Thomas (alternatively known as "the young one" or "the nice one"). The 5'9" Boston star won over Toronto fans with his giant personality and overflowing friendliness during All-Star weekend back in February, and with burgeoning fame comes incredible perks. Last year, in fact, boxing champ Floyd Mayweather bought young Mr. Thomas a Bentley. For much of their history, the Los Angeles Clippers were the laughingstock of the league, so much so that if they had fielded actual circus clowns it wouldn't have made much difference. That perception has now changed, but for us older folk it's strange to acknowledge that the Clippers are now a strong team, with the likes of Chris Paul, DeAndre Jordan and Blake Griffin among its leaders. That said, the Clippers are a good team, but not a great one. It's unlikely they'll win the championship this year, but it's not impossible. While Griffin stars in a series of hilarious Kia commercials, Paul has been known to rock a killer custom 1977 Chevrolet Monte Carlo amongst other rides. In 2014 Kawhi Leonard led the Spurs to the NBA title, winning the Finals MVP at the tender age of 22, so his career already includes the ultimate team success. Another personal award followed in 2015, when he was named the NBA's defensive player of the year, a prize that included a brand new Kia Sorrento. Leonard gave that to a children's charity, a generous step made all that much easier due to the fact that he already owns an SUV: a '97 Chevy Tahoe which he has owned for years and continues to drive. (Before long he'll have teammates younger than his car.) It turns out Leonard is keen to save his money for his old age, indicating he's got brains as well as skills. Wade has spent his entire 13-year career with the Miami Heat, being named an All Star in 12 of them (his rookie season being the sole exception). In his time, the Heat have won three NBA championships, and made it to the Finals twice more. Endless accolades have flowed his way, and he's transformed some of them into a fine roster of cars. Among his automobiles are a Porsche 911 and a McLaren MP4-12C.

See more
Ken's first exposure to cars was as a child, when his dad would pay him in comic books to change the oil and perform other routine maintenance.
Advertisement

The (Real) History of the Mercedes Geländewagen Smokey and the Bandit Trans Am rebooted by Florida custom shop

Armoured Cars of the World

Beyond the Pale: Top Grey Market Imports from Germany