Trucks and SUVs
By Chris Chase You’re probably well aware of the declining popularity of the minivan. These practical vehicles have fallen off many car buyers’ shopping lists, partly due to the proliferation of mid-sized crossovers and SUVs.

But enough demand remains that a few automakers have stayed in the segment with vehicles that – to paraphrase an old marketing slogan – are not your parents’ minivans. While each one boasts something unique that should appeal to family drivers, all of today’s vans are well-conceived vehicles with tons of features and satisfy the baseline requirement of being able to move lots of people and stuff inside a manageable footprint.

We have pooled the considerable knowledge and experience of more than 20 industry pros from all over the country to judge the current field and decide which ones are worthy of consideration for this year’s top minivan prize. Of course, because our shortlists are five models deep and there are only four vans in the running this year, all of them made it through to the final round of voting.

However, one will rise above: We’ll reveal which one when we announce the winners of the 2021 autoTRADER.ca Awards in February. For 2021, the Grand Caravan nameplate moves from Dodge to Chrysler and ditches a 12-year-old design to become an entry-level variant of the stylish Pacifica. Along with a lower price (albeit one markedly higher than the outgoing model) the Grand Caravan is set apart with last year’s Pacifica styling, while the 2021 Pacifica’s look gets a significant refresh.

Technically, the new Grand Caravan wouldn’t normally be eligible for this year’s voting process, as it hasn’t gone on sale yet. However, its close ties to the Pacifica mean we feel confident judging it based on our experience with the Pacifica since its 2016 launch.

The Grand Caravan and Pacifica share a 3.6L V6 (287 hp/262 lb-ft of torque) and a nine-speed transmission. In the Pacifica, you can match that engine with plug-in hybrid power, making unique in the segment, and the updated 2021 model gets the option of AWD. Any way you equip one of these vans, performance is smooth and refined, if not breathtaking.

Naturally, autoTRADER.ca’s expert reviewers are drawn to the Grand Caravan/Pacifica’s practicality, especially when optioned with the segment’s only fold-away second-row seats. And the Pacifica’s upper trims, though expensive, come with features normally reserved for luxury vehicles, like auto-dimming mirrors, Nappa leather, hands-free side and rear doors and power-folding third-row seats. Honda last redesigned its Odyssey in 2018, and it moves into 2021 with refreshed styling. While the look continues to be polarizing, it also helps solidify the Odyssey’s market position as the sports car of minivans.

Power is from a free-revving 3.5L V6 making 280 hp/262 lb-ft of torque, which goes to the front wheels through a 10-speed transmission. The Odyssey’s engine features the segment’s only cylinder-deactivation system.

autoTRADER.ca’s test drivers have praised the Odyssey’s un-minivan-like handling and driving feel, compliant ride, reconfigurable second-row seats, and generous list of standard driver’s aids. On the downside, the push-button transmission controls take some getting used to, and the engine’s idle stop/start function could be smoother. The 2021 Kia Sedona is one of the minivan segment’s oldest designs, however, its understated styling means it has aged well, with only minor updates since the third generation’s arrival in 2015. Speaking of minivans facing off against SUVs, the Sedona now lives in the formidable shadow of the three-row Kia Telluride SUV that debuted as a 2020 model.

Kia powers the Sedona with a 3.3L V6 (276 hp/248 lb-ft) that’s matched with an eight-speed transmission and front-wheel drive.

Since the third-generation Sedona’s debut, Kia has trimmed out some of its posher luxury features, like the second-row recliner-like leg rests it used to offer. Top-end SX trims are still well-equipped, though, and even the entry-level LX trim gets a heated steering wheel. However, only the priciest SX Tech trim gets Kia’s full range of driver assist features.

Our test drive reviewers liked the Sedona’s well-composed ride and called out this van’s comfortable seats, which are spacious enough in the third row to accommodate tall adults without complaint. There’s a brand-new Sedona coming for 2022 that’s sure to shake up the segment. With the Grand Caravan’s upscale shift, the 2020 Toyota Sienna became the minivan segment’s oldest design, which debuted in 2011. Toyota is getting set to launch an all-new Sienna as a 2021 model with bolder styling and a raft of new safety and tech features. It also comes standard as a hybrid, which makes it the second hybrid minivan after the Chrysler Pacifica, and is available with all-wheel drive. It’s also available with an on-board fridge/freezer and vacuum cleaner in the second row (where it’s needed most), hands-free tailgate and sliding doors, and more.

But where Toyota’s minivan finishes in the 2021 autoTRADER.ca Awards will also depend on our reviewers’ impressions of the outgoing 2020 model. The outgoing Sienna comes standard with a 3.5L V6 making a segment-best 296 hp, along with 263 lb-ft of torque, which goes to front- or all-wheel drive through an eight-speed transmission.

For many years, the Sienna was the only minivan available with AWD. Our reviewers appreciated its added traction but criticized its negative effect on this otherwise-efficient Toyota’s fuel economy, something the new hybrid model addresses. Other knocks included the shift lever, which gets in the way of the Sienna’s other dashboard controls, and a fussy infotainment system, all issues that the overhauled van addresses.

But autoTRADER.ca’s testers were unanimous in praising the Sienna’s smooth ride and comfortable and accessible seats in all three rows. As well, the Sienna comes standard with a useful list of driver safety assists. 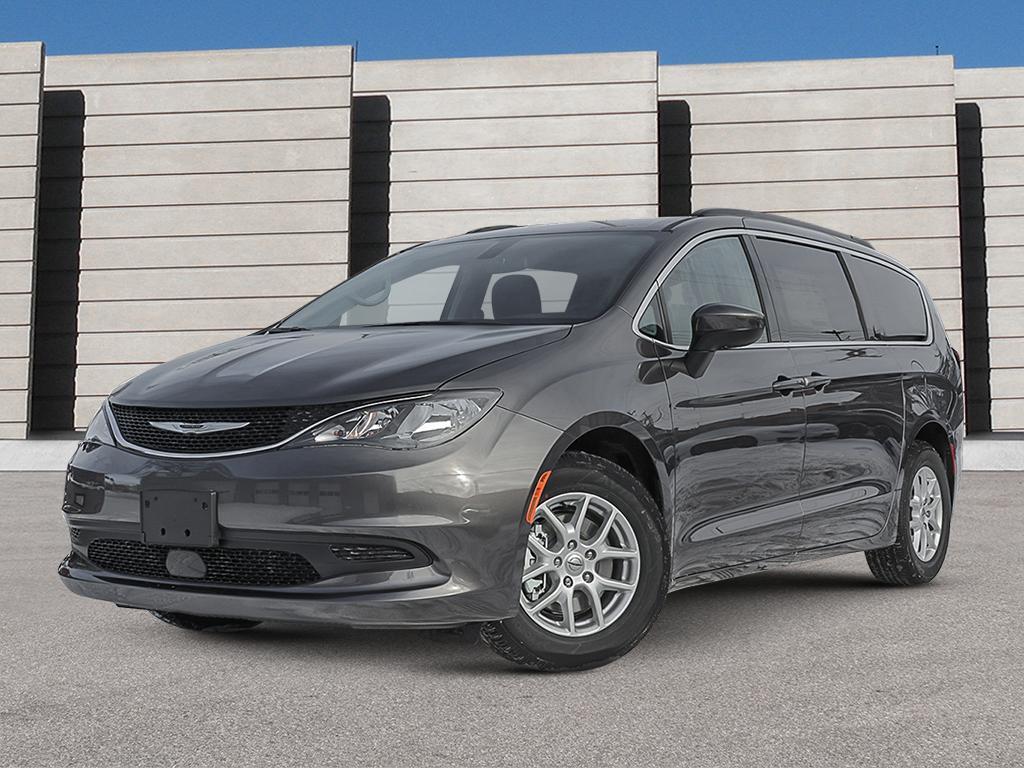 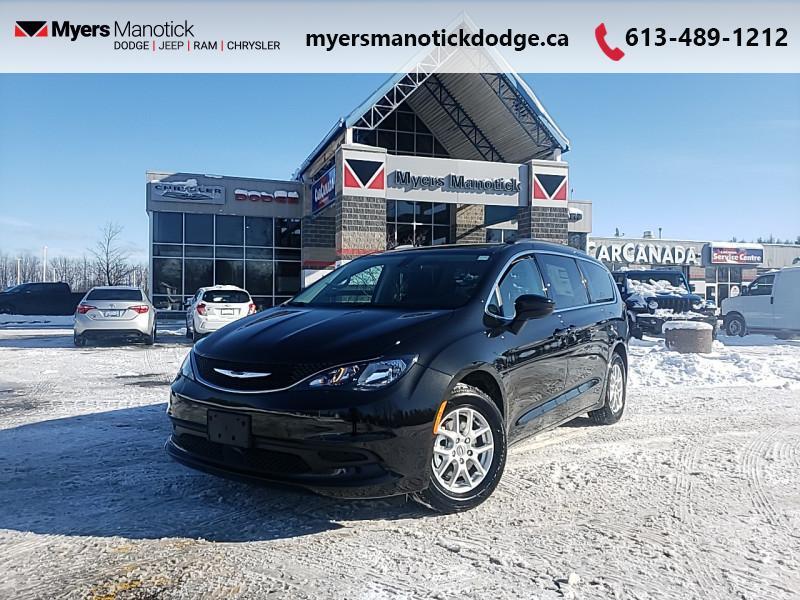 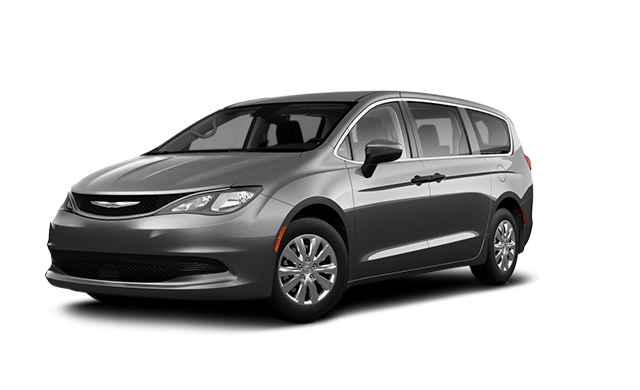 All Articles by Chris Chase

As a child, Chris spent most of his time playing with toy cars in his parents’ basement or making car sounds while riding his bicycle. Now he's an award-winning Algonquin College Journalism grad who has been playing with real cars that make their own noises since the early 2000s.