Trucks and SUVs
By Daniel Beaulieu Sport utility vehicles (SUVs) are taking over market share at a blistering pace, even in the realm of fine leathers, exotic wood trims, and boardroom ambiance that is the luxury market.

When General Motors affixed a Cadillac badge to one of its segment-dominating full-size SUVs, it created a whole new genre. This segment of large and luxurious SUVs has the room, fine materials, power, and technology of its finest sedans but with the added capability of being more rugged and able to go anywhere and carry anything.

The Escalade redefined what a luxury vehicle is, so much, in fact, that cross-town rival Lincoln doesn’t even manufacture sedans anymore. These domestic giants had a profound and lasting effect on this segment, though many German and Asian automakers also offer large SUVs that are incredibly impressive.

Our jury of more than 20 automotive experts surveyed the entire luxury three-row SUV landscape to vote on the very best models to advance to the final stage of voting. These finalists are all vehicles we would confidently recommend to our friends and families, but only one will wear a crown in the end when we announce the winners in February 2021. Launched in 2019, the BMW X7 is the brand’s first serious effort at a three-row vehicle. And what an effort it is! While brand imagery is present, the X7 presents a serious, elegant squared-off design that speaks to its flagship status and its role as a capable hauler. Related to BMW’s 7 Series sedans, the X7 casts an imposing shadow. Design cues like rear doors that are longer than the front ones highlight that the third row is actually usable. Full-sized humans can travel in comfort and luxury back there.

The X7 range starts with the xDrive40i, sporting a 335-hp turbocharged inline-six, then moves up to the xDrive50i and its 456-hp twin-turbo V8, to finally top out with the M50i, sporting a 523-hp version of this same engine. With more than 2,500 litres in cargo volume and a Rolls-Royce-like Panorama LED Sky Roof Lounge, the X7 offers the luxury of space – and luxury, period. A discreet show of one’s success is not the Escalade’s mission in life. This large SUV harks back to a time when the brand was known as “The Standard of the World.” The Escalade is the boss of the segment, the No. 1 seller both in its class and at Cadillac dealerships. Totally new for 2021 and built on a whole new platform, this generation marks a departure from the truck world by adopting a multilink rear suspension, the resulting lower floor yielding impressive gains in interior room, which bodes well for passengers and cargo.

The Escalade is all about big numbers: 22-inch wheels are standard; it’s powered by a 420-hp 6.2-litre V8; it has a new 10-speed automatic transmission. And how about that 10-foot wheelbase? For customers who’d also like better fuel economy numbers, the 2021 Escalade offers its first diesel option in the shape of General Motors’ excellent 3.0L litre turbodiesel straight-six. This body-on-frame board room always offered fine leathers and woods worthy of the Cadillac name, but 2021 also makes the Escalade a bona fide flagship of the crested brand with class-first curved OLED dash display – all 38.3 inches of it – with twice the pixels of a 4K television, plus visual and aural augmented reality and available Super Cruise, the General’s industry-leading Level 3 autonomous driving suite. Cadillac is not resting on its laurels. Established as its own brand in 2015, Genesis started strong with some very impressive sedans, but it was missing the magical ingredient to lure in today’s luxury car buyer: an SUV. Based on an all-new rear-wheel-drive-biased unibody platform shared with the G80 sedan, the GV80 is a crossover featuring standard all-wheel drive. The seven-seat version competing in this class is motivated by a twin-turbo 3.5-litre V6 that sends its 375 horses and 390 lb-ft of torque to all four wheels through an eight-speed automatic transmission. The availability of a base two-row version is a telltale sign that we’re dealing with a smaller third row that isn’t as adult-friendly as its opponents’.

What the GV80 lacks in heritage, it compensates with style. This luxury crossover offers fluid, elegant lines, and a strong stance. But style is not its only calling card – the GV80 introduces a series of firsts for the category and the industry as a whole, like a centre-console-mounted airbag between front occupants, sensors that help you steer safely through blind left turns, a 3D instrument cluster, an advanced active noise cancellation, active cruise control guided by machine learning, and a suspension that reads the road ahead with a camera to better prepare for the bumps on the road. While its cross-town rival (Cadillac XT6) follows the classic front-wheel-drive-based crossover approach, the Aviator builds on the new Ford Explorer’s rear-drive-biased architecture, a layout more in touch with the luxury market.

The Aviator also one-ups rivals with the availability of a plug-in hybrid drivetrain (PHEV), built around a 13.6 kWh battery and 100-hp AC electric motor, enabling this three-row Lincoln to cover up to 34 km in electric silence. Audiophiles will no doubt crank up their favourite aural delights with the available Revel 28-speaker sound system. Less unwieldy than the Navigator, the Aviator nevertheless targets a plush ride above all.

The base engine in the Aviator is a twin-turbo 3.0-litre V6 putting out 400 hp and 415-lb-ft of torque, mated to a 10-speed automatic and standard AWD. The PHEV option was calibrated to replace a V8’s oomph while improving fuel economy – hence the 494 hp and 630 lb-ft combined punch. Hushed, quiet, and rich, the vast cabin pampers occupants with luxuries such as available 30-way-adjustable front seats that are heated, ventilated, and massaging. The Aviator’s third row is on the tight side for this category, but it does have a 6,700-kg towing capacity. Like the GV80, the GLE-Class is a luxury crossover that comes standard with space for five. For the luxury customer who needs a third row, the GLE provides a tidier alternative to the massive GLS with its $2,400 optional rear seat package that includes a foldable two-passenger bench, a powered second row, and USB ports in the third row. This optional third row is available in all but the top trim, starting with the GLE 350 4MATIC, powered by a 255-hp turbo four-cylinder, then to the GLE 450 4MATIC with its 362-hp turbo straight-six, and up to the mighty GLE 53 AMG 4MATIC+, sporting a 429-hp version of this same engine.

Both six-cylinder options feature an industry-first 48V mild hybrid system designed to feed additional power to the drivetrain, hence the disappearance of past V8s. All GLEs come with standard AWD on rear-biased unibody architecture. The six-cylinder GLE-Class features another industry first: The available E-Active Body Control hydro-pneumatic system, which is able to make the GLE-Class lean into corners, counteract pitch, squat, and roll – and will even “shake” the car out of a snow bank if required. If technology is your luxury, then the GLE-Class offers it in spades. 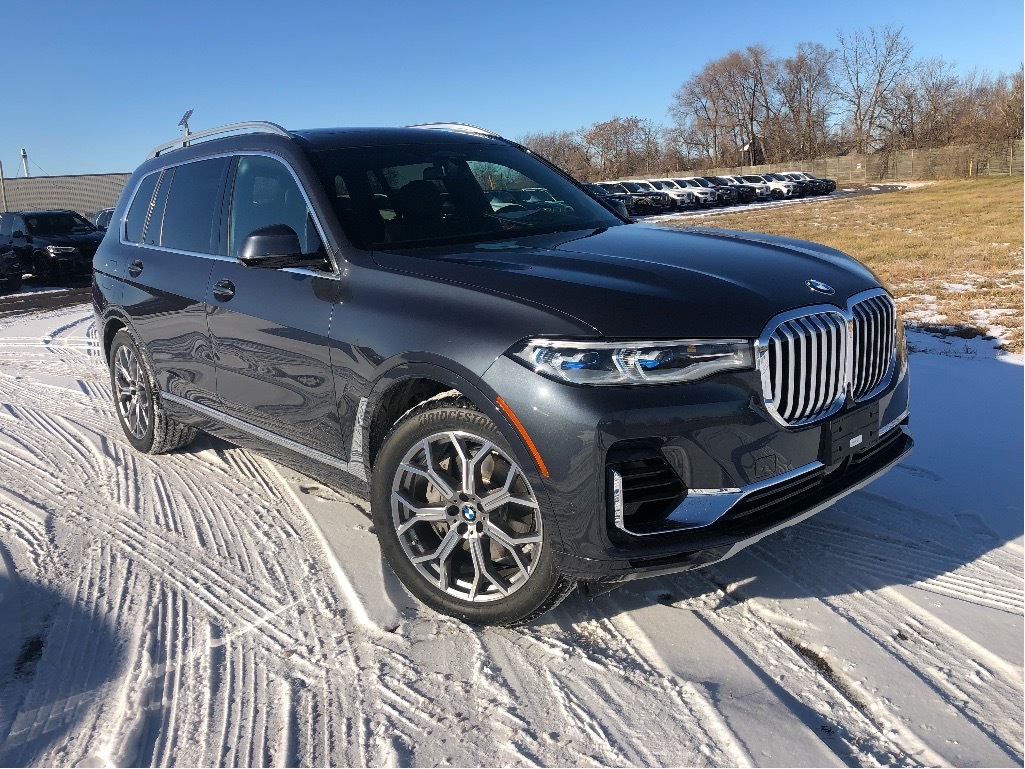 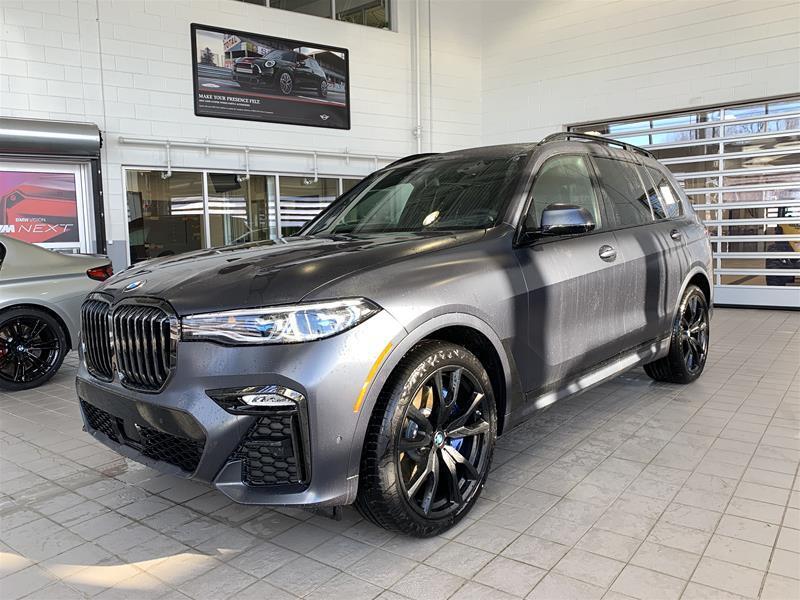 All Articles by Daniel Beaulieu

Daniel Beaulieu is a Montreal-based transportation engineer with an addiction to Eau de Fuel. After making his freelance debut at Car and Driver, Daniel became a regular contributor / copy editor at Le Guide de l’auto.